The Art of Fun

Hello,
This will be my final post on this blog. Thank you Mosscovered Blog followers and fans for all the love and support! 5 years ago I started this blog on a whim as a way to share my work with who ever was interested in viewing. I had no way of knowing how enriched my life would become thanks to every kind word and encouraging comment shared.
There is no need to get too sentimental though I suppose. I will still continue to blog elsewhere! at my new online home: The Art of Fun!!! which also has a Blog that I will attempt to update as often as possible. Please come by and visit sometime. 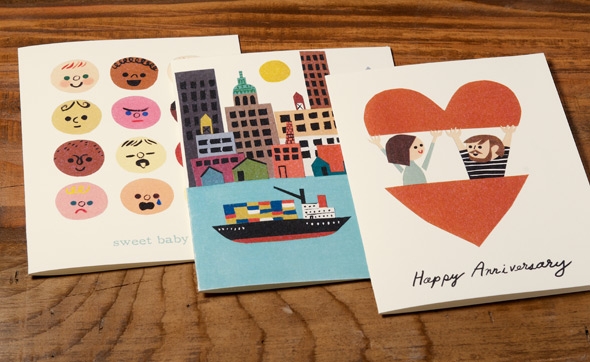 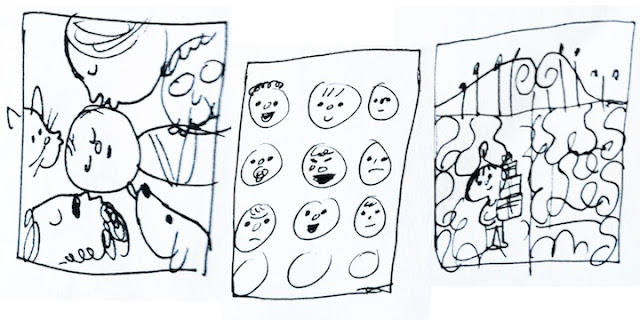 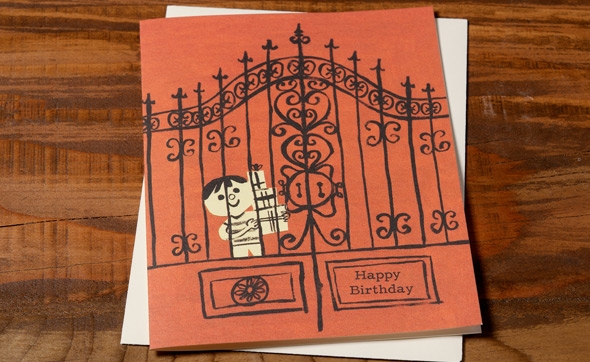 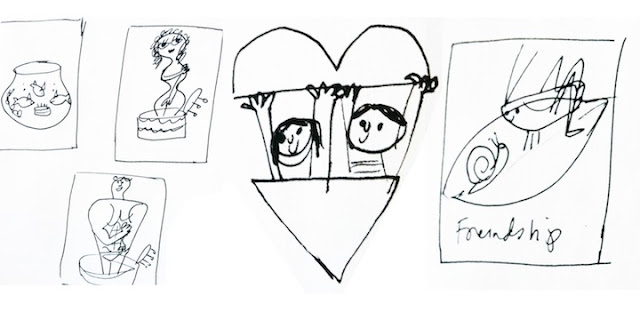 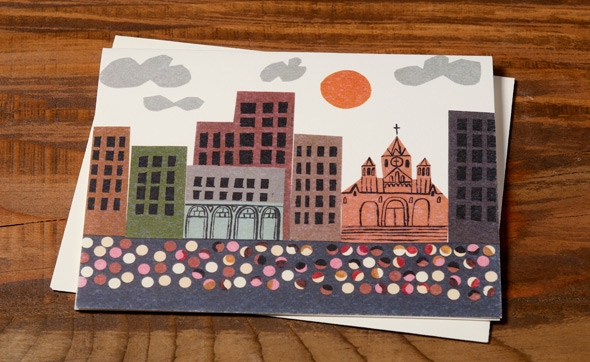 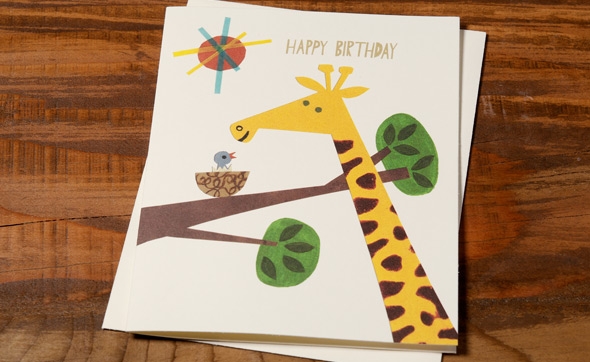 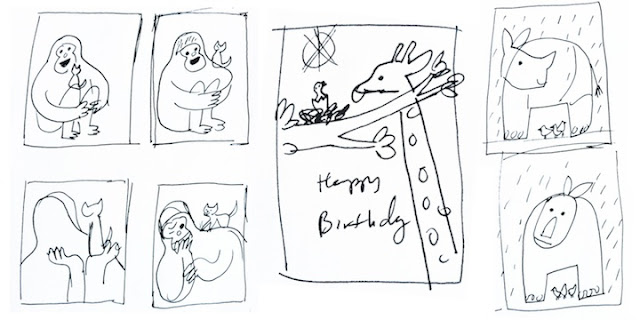 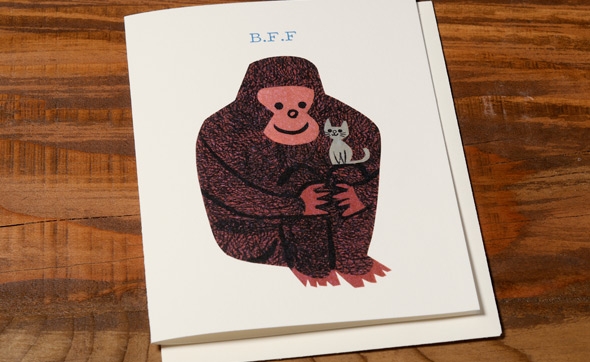 Greeting cards anyone? I'm so flipp'n thrilled to share a line of greeting cards I designed for Red Cap Cards! I've always been a cheapskate when it comes to buying cards myself. Why spend the extra cash when I could make it myself? Now that I actually have a collection of cards out there, I hope folks don't take my attitude. As you could probably tell I'm not that great at selling myself.
You can check out my cards and others here at: Red Cap Cards 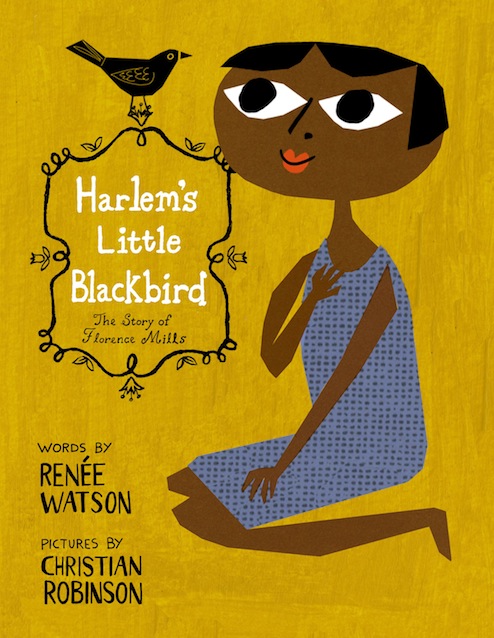 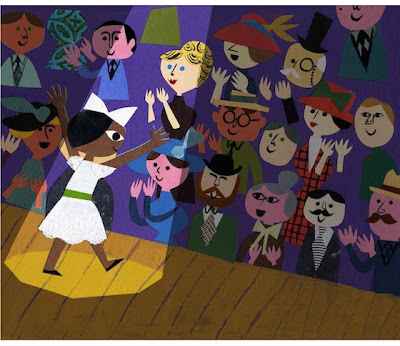 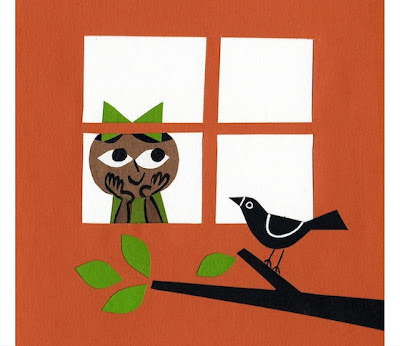 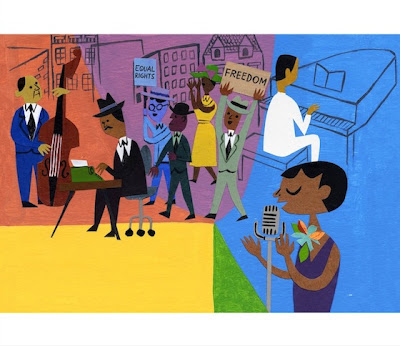 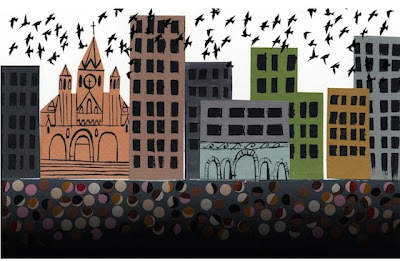 Oh my lucky stars! I'm so pleased to share a peak of the soon to be released picture book I illustrated, Harlem's Little Blackbird: The Story of Florence Mills. I'll say more closer to the actually release, for now I just want to thank the author Rene Watson for sharing this powerful story. Thank you to the book editor Suzy Capozzi and art director Ellice Lee for even considering me as a potential illustrator for this book. Of course thank you Steven Malk my agent for pretty much helping me make my dreams come true. Lastly thank you Florence Mills for inspiring us all, I'm so proud to have been able to contribute in the sharing of her story to young readers.

Here is a link to an interview I did with the art director Ellice Lee and our collaboration:
Random Acts of Reading
Learn more about Florence Mills from Children's book Enthusiast and the kindest blogger Joy Chu:
The Got Story Countdown
Starred Review from Booklist!
Booklist Online
Pre-order a copy online now and save: Harlem's Little Blackbird
Posted by Christian Robinson at 12:35 PM 13 comments: 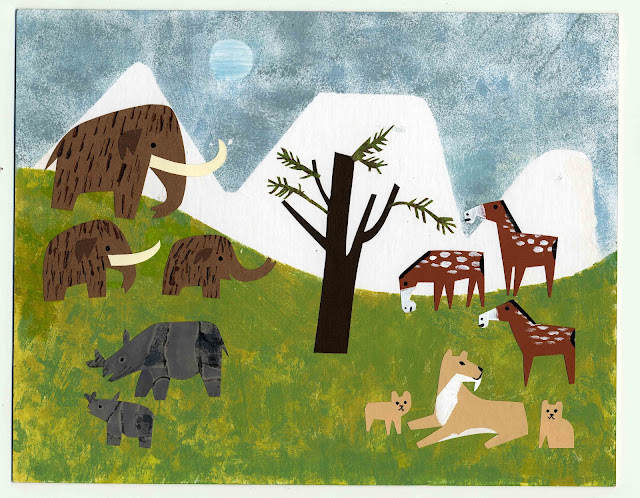 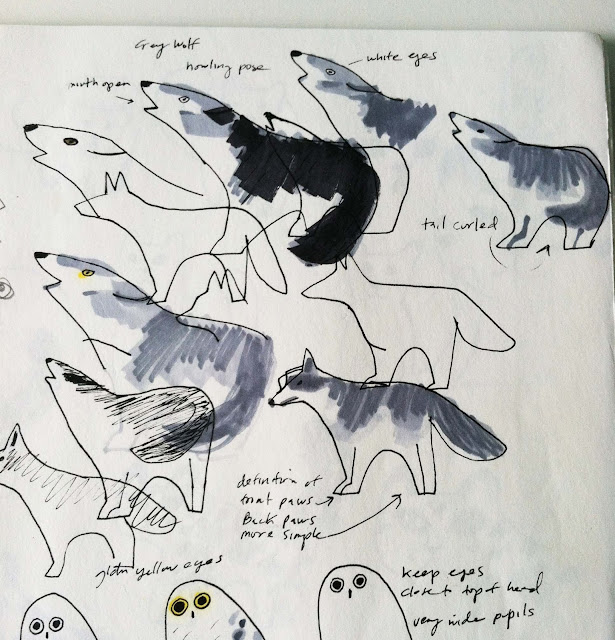 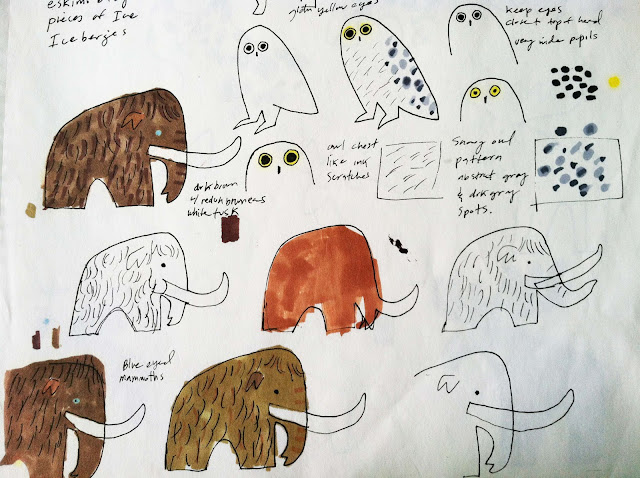 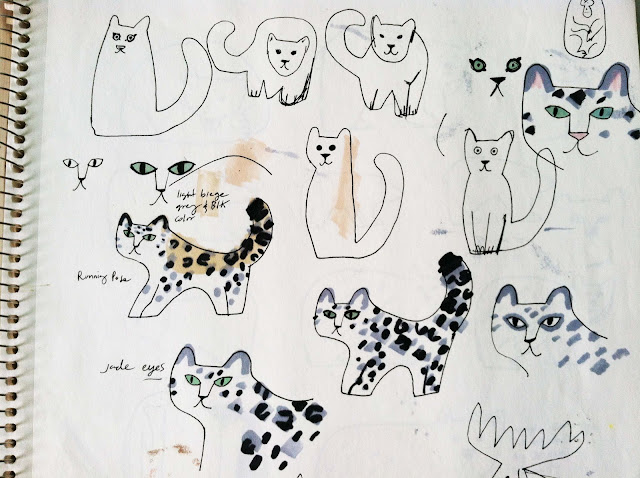 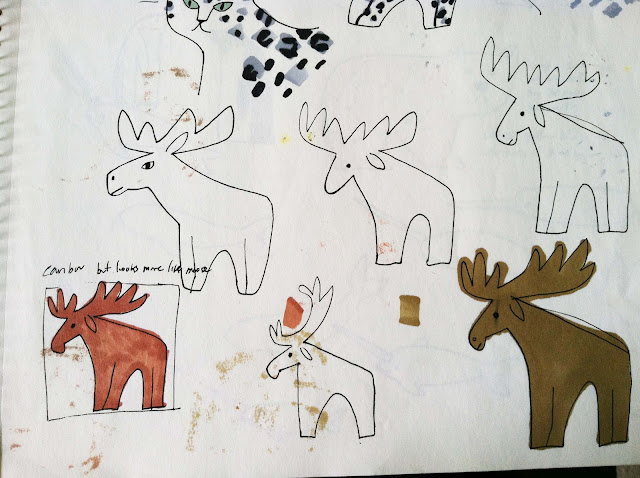 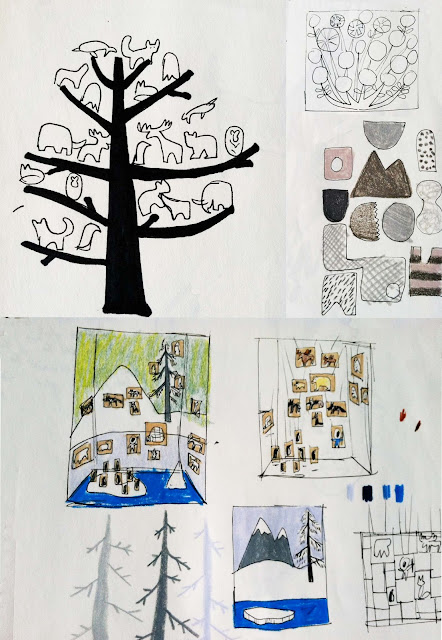 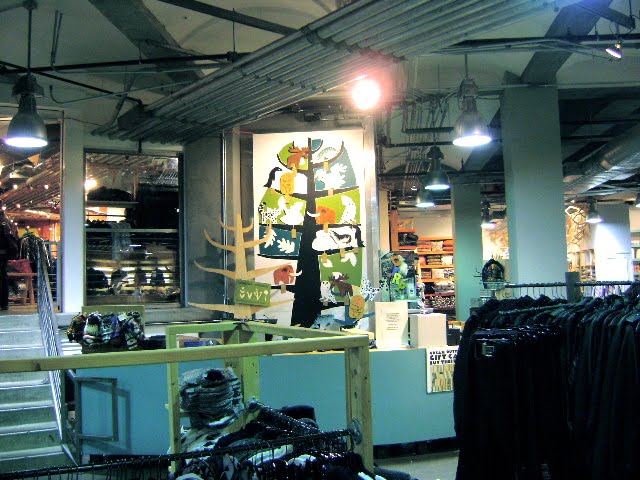 Today I was looking through an old sketch book and thought i'd share these doodles I made for an art display at Urban Outfitters in downtown San Francisco. It's kind of embarrassing to read all the little notes I make when working, you'd swear I was building a rocket ship or something :O)
Posted by Christian Robinson at 2:42 PM 6 comments: 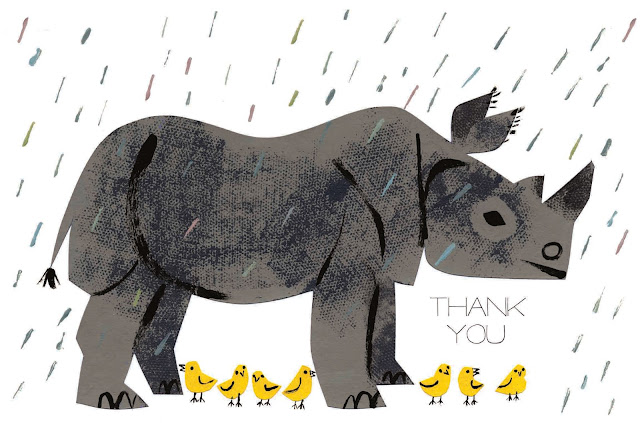 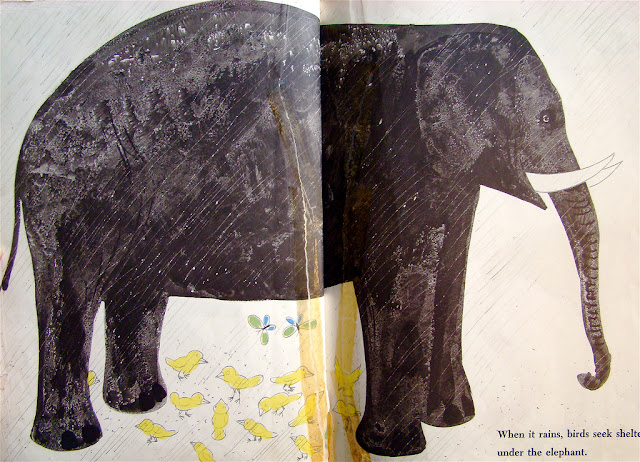 My Source of Inspiration, A spread from Bruno Munari's Zoo. Written and illustrated by Bruno Munari. 1963.
I believe it was Einstein who said "The key to creativity is knowing how to hide your sources". I do believe he's making an excellent point. All creative people ( All living beings!) are influenced by the world around them. I don't necessarily subscribe to the hiding of our sources part, why conceal the reality of creativity? The sources of inspiration in the universe are infinite, there is no need to be afraid of having someone else see your influences. There are plenty to be had! Let he who has not been influenced by another artist work cast the first stone :O)
Posted by Christian Robinson at 9:14 AM 9 comments: 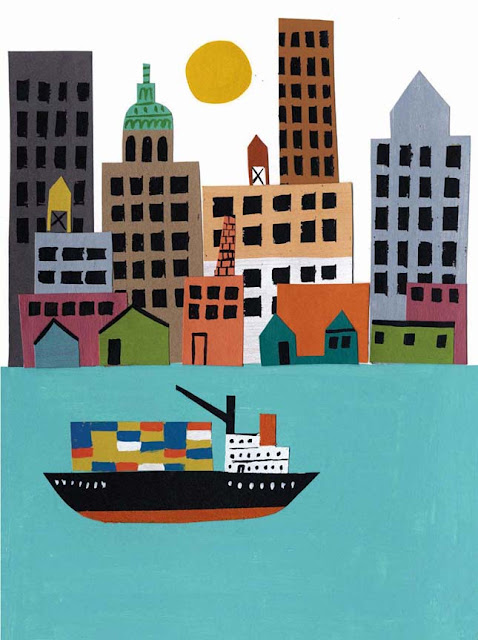 Posted by Christian Robinson at 11:41 AM 5 comments: 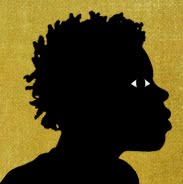 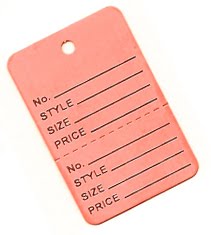 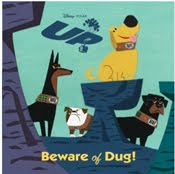